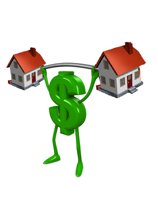 The San Antonio Real Estate market finished strong in 2014. December boasted a 16% increase in number of home sales compared with December 2013. And, there was growth in all areas of the market last year -- increases in total sales, average home prices and median home prices. Overall, 2014 proved a strong conclusion to an impressive few years in the San Antonio housing market.

For more than two years now in San Antonio, inventory has remained under six months -- with current inventory at 3.5 months. Homes were on the market in San Antonio for only 70 days in December.

2014 was also a strong year for luxury home sales. According to the Texas Association of Realtors' 2014 Luxury Home Sales report. "The most aggressive growth in luxury sales in Texas was seen in San Antonio, where $1Million+ homes represented less than one percent of the market, but volume increased 26 percent over 2013." The report also noted that days on the market for luxury homes in San Antonio decreased from 18 months in 2013 to 15 months in 2014.

Stay Connected With Us

Search For Homes On The Go!

Works on any mobile phone.